Important note:  the pugix Version dont have a switch to separate the channels - this are only needed by usage of Bridechambers MOTM Panel with "JOIN" switch.

copy from Bill and Will (dragonfly)

We figured that these extra features would make it possible for us to use the filter nearly as originally designed as well as using the modifications when we want them.  With the switch in the JOIN position, Filter A HP and BP output, and Filter B LP outputs should be the original outputs. 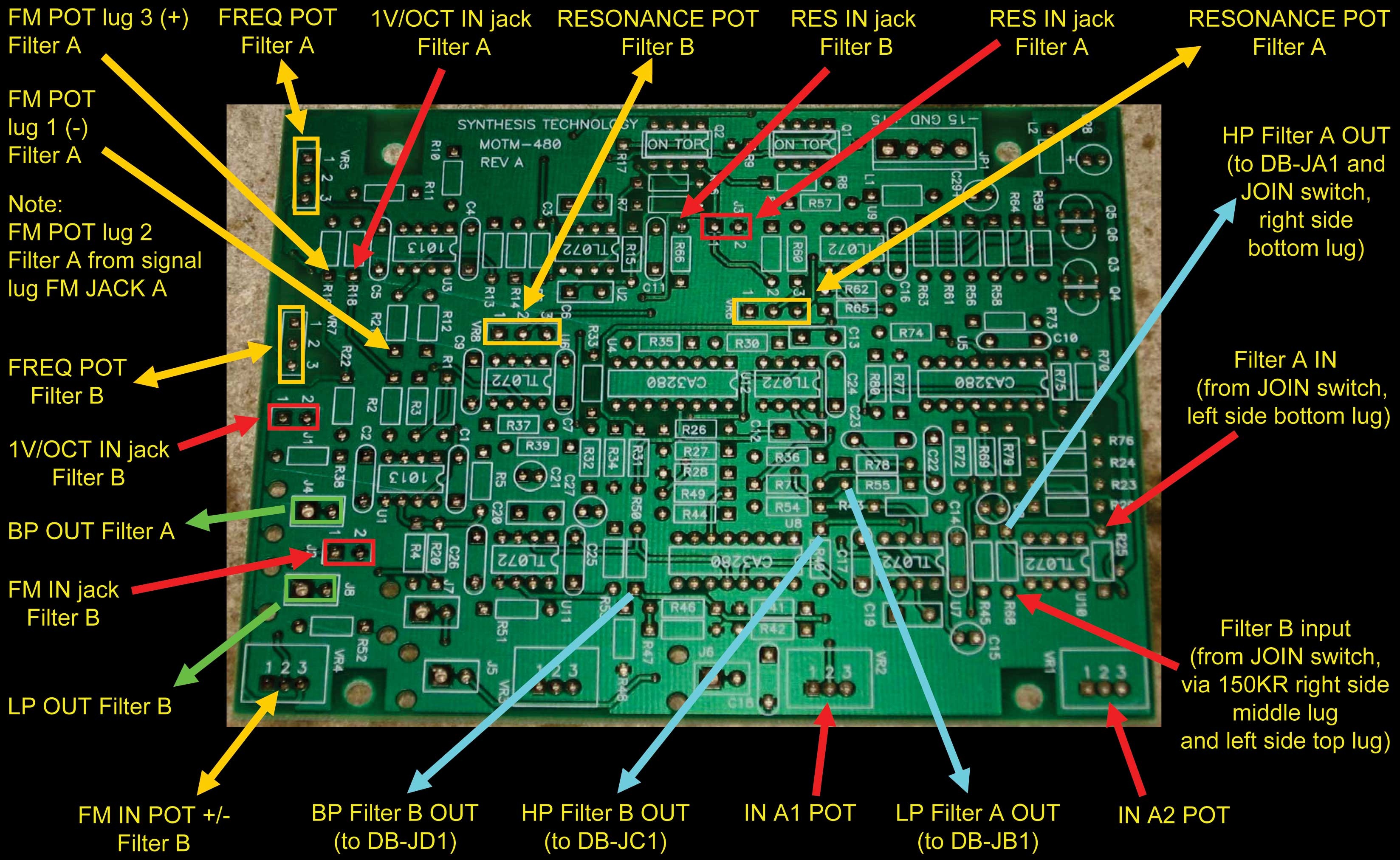 please not, the bottom picture is a scheme how the circuit works, its not a wiring guide. 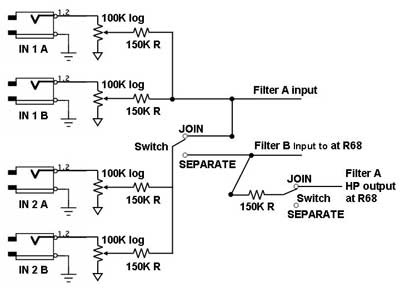